The 57th edition, held on 22-23 March 2015 left a very positive about the quality of the vehicles registered, given the entry of new vehicles which participated for the first time and raised the bar very high quality, making the jury had debated for a long time on the winning vehicles.
The vehicles were recepcionar throughout Saturday in front of the facade of our sponsor Illa Diagonal to pass the technical review by the jury and began to inspect the details that make the difference between a vehicle kept in its original state following specifications original models or vehicle demand remained lower compared with the original.
These details that go unnoticed in view of the uninitiated, are taken into account when assessing the final examinations.
The route was different compared to traditional, given the needs of the Catalan Traffic Service, 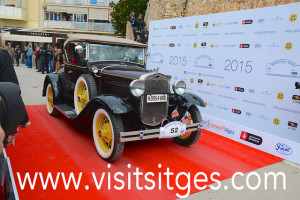 which caused the committee to circulate a rate higher than expected and arrived in Sitges in unusual times.

Although it was expected, because the Fragata expected the Grand Prix of Elegance, sponsored by Menkes, a new format in which the vehicle is valued and appearance of the passengers together, both as adult and infant category , where the winner in Felix, gave us a letter which tells how was the day of the Rally and its preparation 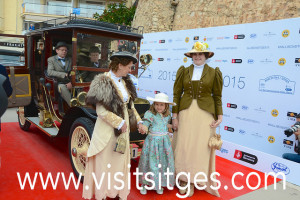 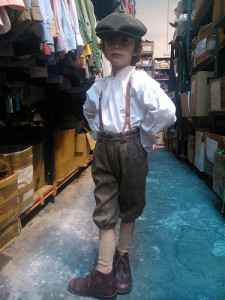 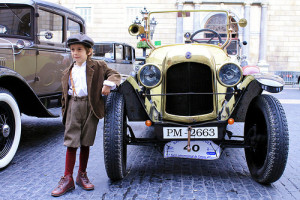 Felix looking for his vintage clothes

Felix beside his grandfather Citroen Torpedo